Veterinarians Vs Maneka Gandhi: Who is responsible for Guddi's plight?

ADMINS NOTE: Though I personally do not agree with the language Mrs. Gandhi used, I am in complete support of her. I have personally seen the work of most of these vets who are little more than unqualified QUACKS who became vets because they could not be doctors. They have 0 love for animals and 0 love for the profession. There are few amazing vets doing a great job and then there are some pathetic ones bringing the whole fraternity down and they need to be bought to task. 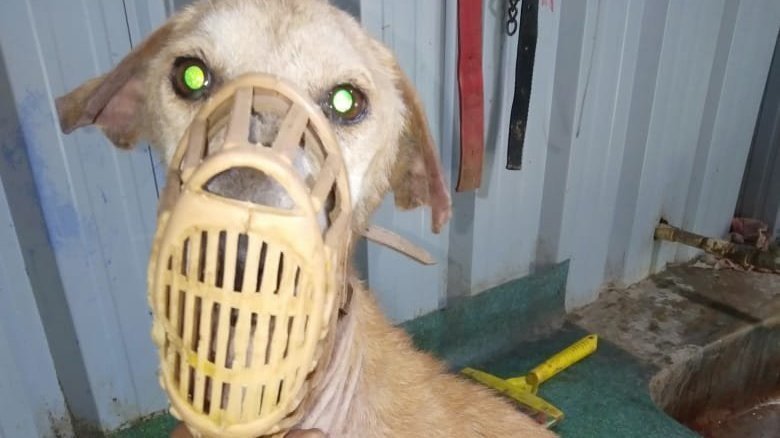 On Wednesday 24th June 2021 the Indian veterinarians Association (IVA) observed black day. This was done in protest after an audio clip surfaced on social media, in which the BJP MP, Animal rights activist and PFA founder Maneka Gandhi was heard asking  a vet in Agra to return the money he had taken from a client after performing the surgeries which led to the death of a dog. It is believed that the surgery was done in the most negligent and careless manner. Also two more veterinarians have alleged that Maneka Gandhi threatened to cancel their license for doing shoddy operations on dogs.

The chief Veterinary doctor has assured that investigation is being done in the case of Agra vet.  The Veterinarians Association has written a letter to Prime Minister Narendra Modi, Lok Sabha Speaker Om Birla and BJP president JP Nadda on the issue and urged them to take cognisance of the remarks, which it said, damages the reputation of the saffron party (BJP).

Ever since the audio has gone viral Maneka Gandhi is being criticised for her abusive language and hard hitting tone. Not even her own party (BJP- the govt at the centre) has spared her.

India is a democratic country where everyone has a right to raise their voice. Especially if they feel that injustice is being done to them.

Guddi a shy, scared and fearful female dog (pic in the post) suddenly came into an east Delhi locality probably after being sterilized by God knows whom? She was a case of relocation. Dropped at a wrong location. The dogs of the area chased her and attacked her and had it not been Sushma (M+9195xxxxxxxx) the dog would have died. Sushma protected her and fed her. And after a year the dog became pregnant and delivered babies. Her ear was notched which is a mark of sterilisation but inspite of that she became pregnant. Anyway all her babies died. Some because of ill-health and some because of atrocities of the people. Sushma alone didn't have guts to fight against her neigbours most of whom are dog haters. Guddi is very scared of humans and does not allow anyone near her. Sushma with a lot of difficulty hired a dog catcher who caught her and took her to neighbourhood woofs (ABC centre) for sterilization. When the vet started operating her he found her ovaries missing. He quickly stitched her back and Ayesha who runs the ABC centre called the caregiver and scolded her for being irresponsible for sending an already sterilized dog for sterilization. After a year passed Guddi again delivered 6 babies. It came as a shock to Sushma. Anyhow this time she ensured that her babies stay alive but unfortunately she could only save two of them. They are now 5 months old. Last week with great difficulty Sushma and Sumit (M+9197xxxxxxxxx) (another caregiver) got her picked and sent her to Friendicoes, Gazipur  (ABC centre) for sterilization. History repeated itself. The doctor opened her and found ovaries missing so he again stitched her back. The caregivers were again told that the dog was sterilised. After a lot of pursuation the vet was convinced that although the dog seems to be sterilised but in reality there is an error in her sterilisation which needs to be corrected. The doctor has assured that after a month when her stitches have completely healed the dog can be brought again but at the other ABC centre so that ultra sound may be performed on her and then surgery be done. This way it will be easy for them to detect the problem.

Now who should Guddi go for justice? Whom should Sushma approach for injustice done to Guddi?

Is there any platform where the caregivers or pet owners can lodge their complaints against negligent, greedy and sometimes hoax veterinarians?

If the caregivers and pet owners start bringing facts about the deaths of their loved ones due to veterinary negligence then every day will become a black day in India.

Who is responsible for Guddi's plight? One should see what a dog goes through when being picked by a catcher. The sight itself is very painful. It's both a physical and emotional trauma for the dog. Guddi's stomach has been cut thrice. Guddi unfortunately has gone through all this trauma thrice and she has to go through it once more.....

Definitely, it is a vet who is responsible for the plight of Guddi. Had he conducted her operation properly and had the municipality not dropped her at the wrong location then probably Guddi would have had a much better life.

Most of the ABC centres in Delhi are run by NGOs. And thank God for that.

Friendicoes, Neighbourhood woofs, Krishna Ashram are just a few where the sterilisation of a dog is 100 per cent successful. The caregivers have full faith in them and they know that their dogs are in safe hands.

Well there are a few compassionate veterinarians like Dr R.T. Sharma who runs an NGO PAWS and carries out sterilisation for stray dogs. But such veterinarians are very few.

Maneka Gandhi the only lady who thinks beyond politics and party lines often gets into controversy because of her sharp tongue but actions always speak more than words. And due to lack of animal ombudsmen people often reach out to her.

Her action speaks volumes about her character, commitment and dedication. Her party men may feel ashamed of her but there are millions of animal lovers and non-animal lovers whose life she has touched in a positive manner and they are all proud of her. She has been in active politics and for the last three decades, she has never lost an election. Obviously people who voted for her didn't vote only for her love for animals. She is truly a humanitarian who works for the community without boasting herself. Unfortunately, many Indian politicians are busy boasting themselves.  And they think boasting will give them votes.

Don't know about other saffron party leaders but Maneka Gandhi will surely not lose the next elections. The simple reason is that she has voters across all parties. Animal lovers come from all walks of life. They may have different political ideologies, religions, caste and creeds. But when it comes to animal welfare they stand united.

A petition has already been started by Harish for getting justice for Mrs Gandhi. The petition is addressed to the Prime Minister of India

Given below are few more reactions and feelings of animal lovers for the brave lady.

India needs an Animal Ombudsman where the guilty may be punished. Why should a veterinarian go unpunished for shoddy operations? Why shouldn't his license not be cancelled? Why should he not be financially penalised?

Hasn't India witnessed how few medical doctors played with lives of covid 19 patients? Many lost their lives due to negligent and greedy doctors. Medical profession is the noblest profession but unfortunately in this Kalyug, not all doctors are noble. They need to be checked and punished for any wrong they do to their patients whether it be humans or animals.