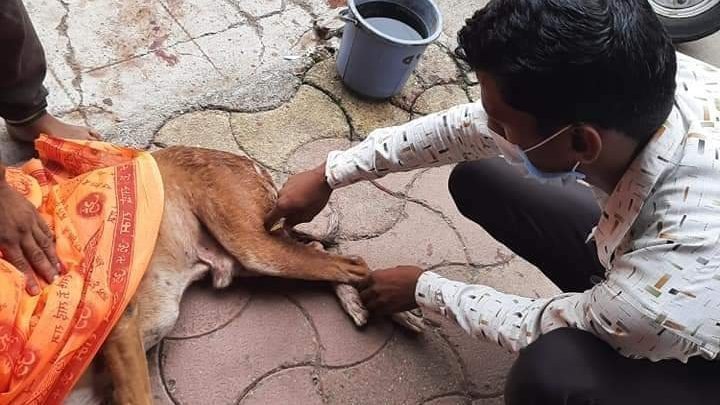 The prime duty of any Chief Minister is to ensure law and order in his state. But what can be said of a state where  laws are violated and sacrificed in order to please the Chief Minister.

Something similar is happening in the state of Maharashtra. The Pune Municipal Corporation has been ordered to remove all the stray dogs from a stadium (Balewadi) just because the Chief Minister of the state is to pay a visit.

Now what kind of preparation is this? Are we Indians ashamed of our Indian dogs?

How will the sight of a dog displease the Chief Minister of a state? Or do they consider dog a wild animal who will pounce on the chief minister and tear him apart. The man's best friend is neither a bad sight nor a threat to the security of the Indian dignitaries.

If relocation of dogs is an offence then it should be abided by all.

If our ministers and chief ministers do not respect this basic animal  law then how do we expect the common man of India to respect it and abide by it.

Let's hope the Chief Minister of Maharashtra shows respect for law and revokes the order of relocation of dogs residing in the stadium. And tells the people of Maharashtra that he neither dislikes the sight of the Indian dog nor his presence a threat to his security.

Shirdii in Maharashtra is considered a Holy place by many in India and abroad. It is a place of pilgrimage for the devotees of Sai Baba. Saii Baba is worshipped by people of all religions and his devotees often feed dogs because Sai Baba himself used to feed dogs. He taught his disciples to show compassion to both humans and animals alike. Feeding the hungry according to him was the greatest virtue.

But today in the land of Sai, dogs are being tortured and their caregivers humiliated. Shivpriya a caregiver is not only being harassed by a group of miscreants for past few months but now they have gone ahead and physically harmed a dog. A dog who used to reside near the temple complex of Sai Baba. The caregiver Shivpriya used to feed the dogs milk every night when these goons used to come and pass lewd remarks at her. She kept ignoring them until they harmed the dog. She just couldn't stop herself anymore. Apparently these goons inserted a tile into the back of the dog.(pic in the post)

What kind of pleasure do these people derive?

A dog was mercilessly beaten with a stick by a cruel man in Jalpaiguri in West Bengal. It's unbeliev...
Woman in Ratlam stomps puppies to death

A Secretary of a housing society in Mumbai has called for a meeting of its residents to decide what ...